Invoke brings innovative American chamber music to Montgomery. A multi-string quartet, they shift instruments mid-piece to seamlessly add color and texture to their work. Violin, Viola, Cello, Banjo and Mandolin – a little something for everyone. Come be delighted. 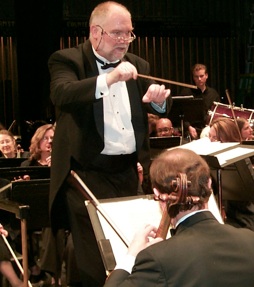 We are thrilled to announce the winner of our 2017 Composition Competition, Roger Briggs! Roger’s piece “Friction” is the perfect complement to Catalyst’s Hemispheres Program that was performed on March 10th. Roger spoke eloquently about the force of music and noise to create friction in our lives. Catalyst tackled the complex techniques and left us breathless with their skill. To learn more about Roger, visit his website.

It was certainly a difficult decision thanks to the high caliber of all of the selections. Catalyst Quartet, who judged this year’s competition, said they were overwhelmed with options. We are so enthused about the quality and exuberance of those composers that are creating new music for today. We wish you all great success.

Congratulations as well to our first runner up, Will Huff. His piece was “Three Monologues About the Same Thing.” Well done, Will! 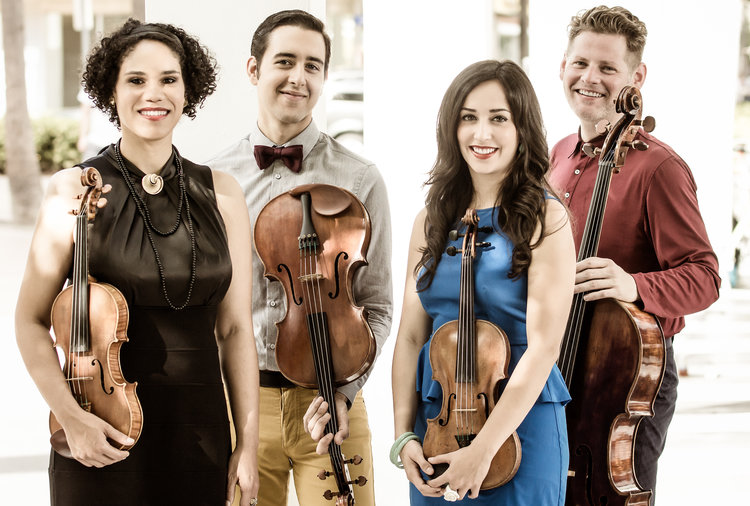 Catalyst Quartet, an award winning quartet out of New York shared their talents with Montgomery March 7th at school outreach concerts. On Friday, March 10th the group also performed a family-friendly concert at City Auditorium. We invited everyone to join us for an engaging and exciting night of music in Montgomery, and they didn’t disappoint!

The quartet’s visit was part of our 10th Anniversary Festival, which kicked off with local favorites in a laid back setting,  our Jazz Brunch at A&P Social, and the music of the Lo-Fi Loungers. On the 8th, there was a unique opportunity to hear chamber music as it was originally intended, in a private home! Thank you to The Cottage Hill Foundation for sponsoring that event.

Iron Giant received a cash prize, the opportunity to work and rehearse with So Percussion and performed on stage with So during the 2013 ClefWorks Festival in February.

The Percussion Competition provided aspiring percussionists from the Gulf Coast area with a unique opportunity to collaborate with an accomplished percussion ensemble, not to mention putting ClefWorks on the map in the percussion world.

We enjoyed getting to know Iron Giant and look forward to seeing them develop as artists.

Selected by ETHEL after an extensive review process, ClefWorks looks forward to bringing composer Christopher Culpo from Paris, France to Montgomery, Alabama for a date with ETHEL. ETHEL will perform his winning score “Of Ground, of Air, or Ought”.

Christopher is both an active jazz composer and performer. His prior awards include recognition from the New York State Council on the Arts, ASCAP and the French Ministry of Culture. Christopher has degrees in composition from Boston University and The Julliard School. Following his studies at Julliard Christopher was personal assistant to Aaron Copland and an active Teaching Artist for the Lincoln Center Institute. Since receiving a Fulbright scholarship to study in Paris in 1991, he has been based in Europe.

Recent activities as a performer have taken him to Belgium, South Africa, Italy, Mexico, Australia and New Zealand, and he has released three albums over the past five years: Portrait in Black & White with saxophonist Jean Charles Richard, Love & Bananas Are Here with the Culpo/Richard/Herbert Trio and the newly released Fresh Frozen with clarinetist/saxophonist Achille Succi and tubist Oren Marshall.

The winner of ClefWorks Composition Competition for 2010 was Carl Schimmel from Bloomington, Illinois. Carl’s work, The Pismirist’s Congeries, was selected by the Fireworks Ensemble from New York City. Fireworks performed the score in Montgomery during ClefWorks’ 2011 season, ClefWorks Ignited!

He holds a Ph.D in Music Composition from Duke University, where he studied with Sydney Hodkinson, Stephen Jaffe, Anthony Kelley, and Scott Lindroth, and he earned a Master’s degree in composition from the Yale School of Music, where his teachers included Ezra Laderman, Martin Bresnick, Evan Ziporyn, and Ned Rorem. Carl has taught at the Yale School of Music, Duke University, Northern Illinois University, and Grinnell College. He is currently Assistant Professor of Music Theory and Composition at Illinois State in Normal, Illinois, where he resides with his wife and two children. Fireworks also named Alexandra Gardner (Washington, D.C.) and Andrian Pertout (Australia) as second place finalists. Jonathan Newman (New York) was selected as the third place finalist, while Robert Honstein (New York) and Stephen Felgenbaum (Massachusetts) were named fourth place finalists.

New York City-based composer and instrumentalist David Crowell’s score “The Open Road” was selected by the JACK Quartet as the 2009 winner from more than 150 entries representing 14 countries, 32 states and the District of Columbia. Crowell’s composition was performed by members of JACK on January 30, 2010 in Montgomery during ClefWorks’ five-day festival, Do you know JACK? Crowell joined the quartet on stage to discuss the score’s nuances and introduced the composition to the audience.

David is active in diverse genres of composed and improvised music. While a woodwinds player with the Philip Glass Ensemble, he has performed such classic works as “Music in 12 Parts” and the concert version of “Einstein on the Beach”. His chamber works have been performed in a variety of venues in the United States and Mexico, including MASS MoCA, University of North Texas, University of Kentucky and Brooklyn College. He was a featured composter at the 2009 MATA Festival, a New York City forum for presenting the new music of emerging young composers from around the world, and was named the 2009 1st prize Brian M. Israel Award recipient by the Society for New Music for his percussion piece titled “The Day After.” He was also a finalist for the 2008 and 2009 ASCAP Young Composer Awards in Concert Music.

The 2008 winner was Scott Robbins of Spartanburg, SC, whose “Quartet for Violin, Viola, Cello, and Piano” (1999/2008) was performed during the final ClefWorks’ Dream On concert in January of 2009. The work demonstrates a compelling harmonic language and engaging musical narrative with striking and expressive use of the string instruments. Robbins’ adjudicators were the members of the internationally famous Penderecki String Quartet, who chose his composition from among more than 120 entries by accomplished composers from all over the world.

Honorable mention was given to two other works of remarkable technical excellence: “Caged Symphonies” (2008) by Vasco Mendonca of Lisboa, Portugal and “Four Flash Fear” (2007) by Nicolas Tzortzis of Paris, France. Other composers with works in the final round of judging were: Alexander Lu of San Francisco, California; Nolan Stoltz of Hartford, Connecticut; Marcus Karl Maroney of Houston, Texas; Andrew Martin Smith of Bowling Green, Ohio; Steven Snowden of Westminster, Colorado; Lansing McLoskey of Miami, Florida; and Edward Green of New York City.

Mike Barnett was the ClefWorks 2007 Composition Competition winner with his original score, Ask the Wind, which dèbuted during the ClefWorks Premiere Season by pianist Jihye Chang, violinist Benjamin Sung and cellist Hrant Parsamian. The impressive work has since been performed at Carnegie Hall by the Clavier Trio. From composer to heavy metal drummer to recording artist to educator and even orchestral violist, the eclectic and colorful career of Mike Barnett has transcended the boundaries of the traditional contemporary musician. In 1988 Mike formed the now legendary Pittsburgh-based metal ensemble, Phantom Crew. Over the next twelve years the band would go on to record seven albums, compose hundreds of songs and perform at countless venues throughout the eastern United States. Mike eventually pursued formal composition training and ultimately earned a Master of Arts degree in Music Composition, from the Indiana University of Pennsylvania where he studied with Daniel Perlongo and Erik Santos. In 2004, Mike earned the Doctor of Musical Arts degree in Composition from the University of Colorado at Boulder where he studied with Richard Toensing, Luis Gonzalez, John Drumheller, Michael Theodore and Andrew May. Mike works as a composer, studio drummer and private composition instructor. He is also the drummer for the renowned Hollywood heavy metal band, Throttle. His music has been performed around the world by such prominent musicians as David Korevaar, Alexa Still, Michael Thornton, Erika Eckert, Stanley Chepaitis and Dieter Wulfhorst and major ensembles including the Ives String Quartet, the Vinca String Quartet and the Kiev Philharmonic.